Living with a stoma

How to take a shower or bath?

A stoma does not prevent you from taking a bath or shower. Be careful when you are washing and wiping your body so as not to hurt the stoma with a sharp sponge, fingernail or towel. The shower can be used without wearing any stoma equipment. While taking a bath, patients with an ileostomy should wear a stoma bag – the risk of water contamination is greater than in the case of a colostomy, where the bowel movements are more regular. With attached stoma equipment, you can bathe in the sea, lakes, rivers and generally accessible swimming pools without fear.

Can I still do sports and physical exercises?

After the first phase of the convalescence period, i.e., on average, 3 months from surgery, you can return to the sports that you did before surgery – except for strength and contact sports. In order to prevent the occurrence of parastomal hernia, you should only avoid lifting weights and frequent bending. It is recommended to perform abdominal muscle exercises, which have a beneficial effect on protecting the stoma from complications – e.g. stoma prolapse or concavity. It is advised to select the appropriate physical exercises in consultation with a doctor or physiotherapist. You can go on long hiking trips, ride a bike, swim, go skiing and practice Nordic Walking. Your activity may be practically the same as before surgery!

Having a stoma is not an obstacle to travel. If you use a well-selected high quality stoma supplies that can remain attached to the skin for long enough – you can travel using all means of transport, just like before the surgery. It is worth keeping spare stoma supplies in your hand luggage. In countries with a hot climate, due to the increased sweating, it is worth keeping in mind that it will be necessary to replace the stoma bags more often. Remember about the dietary principles that will help protect yourself against possible intestinal disorders – especially in countries with different culinary traditions. During the journey, to facilitate the replacement of stoma equipment, remember to wear comfortable clothes that are easy to take off. During the summer and on hot days, do not leave the urostomy supplies in the car – high temperatures can reduce the adhesion of stoma pouches to the skin. Stoma equipment should be stored at room temperature in a shaded place. Remember to take the right amount of fluids.

Can i be professionally active and lead my current family and social life?

Definitely yes. After several months of convalescence, you can return to your previous activities. The only thing you will not be able to do is hard physical work in extreme conditions. Moreover, patients with an ileostomy should not work in high temperatures. Nothing prevents you from returning to a normal family and social life. The only condition for returning to everyday functioning is to master proper stoma care. Replacing stoma bags by yourself is the most important condition for returning to your previously enjoyed way of life. Remember the dietary tips and the sufficient supply of stoma bags.

Having a stoma does not need to change your previously enjoyed way of life. You should or even have to live normally with a stoma!

What about my intimate life?

Having a stoma should not have a major impact on sexual activity. Unfortunately, pelvic surgery, which is sometimes combined with the removal of the rectum, may cause temporary problems:
– with erection and ejaculation in men,
– with frigidity, mucus excretion disorders and hypersensitivity during intercourse in women.

Sexual dysfunctions in people with a stoma, which are often only temporary, may be the result of surgery and the patient’s reaction to the surgery and the recently created stoma. It happens in the initial period after surgery that patients find it temporarily difficult to accept their stoma; they are afraid that they might be rejected by their loved ones. In this new situation, their self-esteem can be temporarily reduced. It is worth making use of the help of a sexologist or gynaecologist, and in the case of a state of depression – a psychologist or psychiatrist. In times of doubt, you should also seek contact with other people with a stoma, for example associated in local or national organisations and associations acting for the benefit of stoma patients.

Stoma is not a contraindication for getting pregnant or becoming a father.

Functioning of a stoma

Yes, it is a natural phenomenon. The intestinal mucosa sewn into the abdominal wall is very delicate. It is worth moisturising it – to protect the stoma from drying out. Remember not to lubricate the skin around the stoma – this will worsen the tightness of the stoma equipment adherence to the skin. Stoma and the skin around it can be touched and gently washed. The created stoma is devoid of nerve endings and is not sensitive to external stimuli (touch, cold, heat, pain). Small amounts of blood appearing on the stoma during care procedures is a normal phenomenon. Consultation with a doctor is required in the case of noticing blood flowing from the inside of the intestine or present in the intestinal excretion. Mucous discharge from the stoma is a natural phenomenon that physiologically also occurred before surgery, during the natural excretion of stool.

How to take a shower or bath?

A healthy human body produces on average up to 2 litres of gas a day, which can be discreetly removed in a controlled manner – using the anal sphincter muscles. A person with a stoma is deprived of the ability to control the excretion of gases – a stoma has no sphincter muscles. The amount of gases produced by the body can be reduced by following the dietary recommendations described above. To reduce the problem of gas evacuation from a stoma bag, use only bags with modern, efficient filters that facilitate the controlled evacuation of gases, reduce unpleasant odours and reduce the formation of so-called ballooning of the stoma equipment.

The stoma bags produced by Cortmed are equipped with modern and efficient carbon filters that ensure effective gas flow, eliminating unpleasant odours and preventing the ballooning effect in the stoma bag. 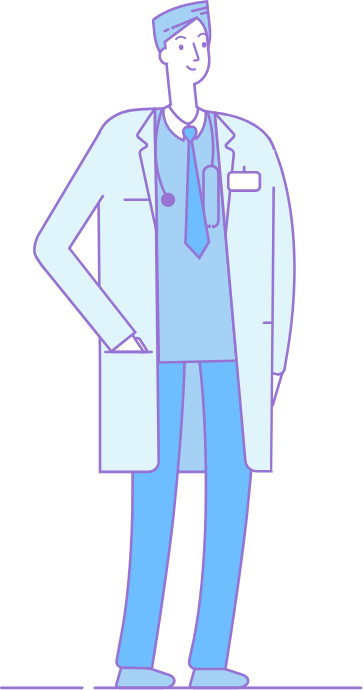 What can cause problems with the proper functioning of the stoma and its care?

Medicines
Having an intestinal stoma can disrupt the absorption of drugs. Sugar-coated tablets should not be chewed. Soluble tablets are more easily absorbed from the digestive tract. The medicines you take can change the smell, colour and texture of the intestinal excretion, and some can even cause diarrhoea. If necessary, seek advice from a doctor, nurse or pharmacist.

Chemotherapy and radiotherapy
The most common complaints associated with chemotherapy are nausea, vomiting, diarrhoea, abdominal pain and general weakness. Radiotherapy can cause inflammation of the skin and skin problems around the stoma. Always consult your doctor about any symptoms that are worrying you.

Stoma complications
Complications of the stoma may adversely affect its proper functioning. Complications include: swelling of the stoma, stoma collapse, ischemia, necrosis, stoma prolapse or constriction, and peristomal hernia. Complications are an indication for a quick consultation with a doctor or nurse, and sometimes for surgical intervention.

Intestinal StomaGastrointestinal systemTypes of stomaLiving with a stoma
UrostomyUrinary systemHaving a urostomyUrostomy typesLiving with a urostomy
NephrostomyUrinary systemCreation of a nephrostomyLiving with a nephrostomy
ProductsColostomy PouchesIleostomy PouchesUrostomy PouchesOstomy Skin BarriersOstomy Accesories
AboutAbout usLegal NoticePrivacy policyOur mission
Contact
By using this website, without changing your browser's settings, you consent to our use of cookies on this device. Cookies collect information, which may contain personal data. In such a case, data is processed to improve the quality of our services and for analytical purposes. Please remember that you may at any time change the cookies settings. For more information on how we process your personal data in this regard, in particular on your rights and how to exercise them, please visit our website at https://cortmed-international.com/privacy-policy
Privacy & Cookies Policy

Any cookies that may not be particularly necessary for the website to function and is used specifically to collect user personal data via analytics, ads, other embedded contents are termed as non-necessary cookies. It is mandatory to procure user consent prior to running these cookies on your website.